Why is that I hear nothing but women complain about the lack of nice guys in this world, but when I say, “I’m a nice guy, want to go out with me?” They fumble their words, and reject me like a nice guy. 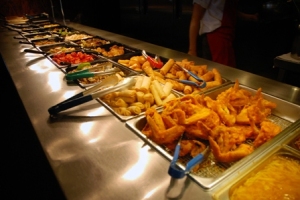 Watch any romance movie from the 50’s, 60’s, or 70’s all the women rave about is a nice guy, “If only I had a nice man, who treated me well. What a joy that would be.” As she lifts her finger and a little bird lands on it, tweets in her face and shits on her finger.

Now watch any movie in the 2000’s that involves sex. Women are bored with their boyfriends or husbands that don’t ravage them in bed or take control with passion and then assertively tell them how they feel. So, they struggle with cheating on their ‘nice guy’ boyfriend with ‘bad boy,’ and then ‘nice guy’ gets some balls and ravages her and all is well.

In the 50’s and 60’s movies didn’t show sex, so yes, their world was only about the interactions between men and women without using their genitals, but 2000’s movies show both, and women are pissed at the lack of assertive and passionate men. The interesting part is, that 2000’s women would be furious with the 50’s men’s lack of respect and modern understanding of women, but the 50’s women would LOVE 2000’s men, because they don’t actually have sex, but if they had sex, they’d be pissed. 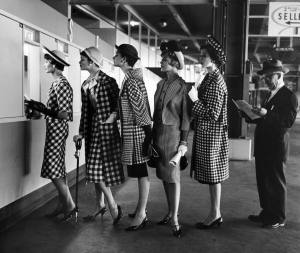 "Is this the line for the Nice Guys, They say, 'Please,' during sex, forget it, I'll stick with George."

Keeping a woman pleased both in the bed room and in public is like balancing on a tight-rope with tigers, bears, and velicorapters below — one slip up in either direction and your fucked — for good.

So, what is a guy to do? Here is a pick your own adventure in the life of an everyday man, enjoy.

1) Your girlfriend/wife asks you, “What do you want to do tonight?” 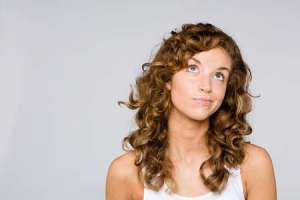 "Should I be reasonable, or Bat-Shit crazy in my responses to his attempts to please me?"

YOU WIN! YOU GET SEX!

Truth is, women really want a man that acts like a man in difficult or confusing circumstances so they don’t have to act rationally or when genitals are involved. She also wants a man to act like a woman when she’s had a rough day or when ‘The Bachelor’ is on.  Good luck.

21 responses to “Why Women Don’t Know What the Hell They Want.”

Send Me Your Questions!