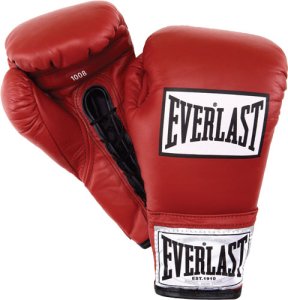 I’ve been single a while and I’ve been looking to get back into a relationship, but all guys want to do is have sex and not take me out on a date so he can get to know me. What do I do?

The truth is, our body only has enough blood for our penis or our brain and when we meet a hot girl, sex is the only thing on our mind. Don’t blame us, blame our cavemen ancestors or God. So, you have to give us a fight, or something to chase, with sex being the carrot on the stick.

In this corner, we have The Jerk, he weighs 195 and is 6’2”, he wants nothing more than to have protected no strings attached sex with you.

In this corner, we have YOU, YOU weighs *** and is ***, YOU wants nothing more than to no longer be single at whatever the cost with this asshole… for some reason.

This is an epic battle of the unstoppable object versus the immovable force, Frank.

That’s right Jim. The Jerk is a monster in the bar, he is confident, cocky, charismatic, and knows all about gender studies and reading body language.

Shut up Frank…YOU on the other hand is just as confident in the bar room, YOU has never had to buy a drink in this bar, and YOU has been on several dates with several men just from this bar alone, and hasn’t had to pay for a dinner in two weeks.

Those are some impressive records there Jim.

I know Frank, now shut the fuck up and let me talk. The venue is a quiet pub in downtown Anywhere, USA. We are about to start — here’s the ref.

“Alright kids, I don’t want any magic tricks, palm reading, cheesy pick-up lines, or personality tests Mr. Jerk, as for YOU, I don’t want you using those damn puppy dog eyes to ask for drinks, that shit is napalm and I won’t stand for it. I want a good clean fight.”

The Jerk starts this fight early with a charming smile before ordering a whiskey. He sighs after drinking and sits down next to You.

“Long day, a little Jack sure takes the edge off huh?”

YOU, being the reluctant minx, isn’t impressed at his slight innuendo or attempt to show that he’s a hard worker, YOU just shows a slight smile and spout a slight laugh and drinks her apple-tini.

Wow, Jim, those are some fancy moves she’s got there. She shows slight interest without fawning all over him, but also egging him to continue.

Thanks Frank, you jackass, the champion has to think of something quick now, before he loses her interest, he can either introduce himself, talk about a boring current event or…

The Jerk turns, “Hey, I’ve always been curious, how does Barbie sit in her Barbie car if she doesn’t have knee caps, I mean GI Joe has no problem, he has knees, but Barbie, how does she do it?”

"Seriously, what the hell?"

Oh my, what a move by the champ, he set up a playful gender specific inquiry, that allows her to show her character and intentions. The ball is in YOU’s court now, does she laugh and shrug her shoulders or does she give a literal answer?

“Actually,” YOU laughs, “With legs that long, she gets everything custom built by Ken.”

Wow, a  slight allusion to sex AND an unorthodox gender role. This is going to be a close match, Jim.

Thanks Frank, your obvious commentary is starting to piss me off.

You fucking should be, lets get back to the fight.

“Oh ok,” The Jerk takes another sip of whiskey, “That makes sense, I was wondering why Barbie would keep Ken around anyway, he doesn’t come with a rifle and grenades like GI Joe does right?”

“No, he probably got hacked off in a wood shop accident or something,” YOU giggles.

Oh my, what a massive mistake YOU has made, she talked about chopping off penises before she even knows his name, Jim — My God.

Discussing dismembered genitals comes way after discussing your period and your wiping habits, not before Frank — not before. The Jerk has an obvious look of disgust on his face, but remembers that YOU is rocking a low cut dress, and the image of dismembered members has been ejected from his mind for the time being, what a recovery!

Send Me Your Questions!